The Ice Bath Debate – Good or Bad for Performance? 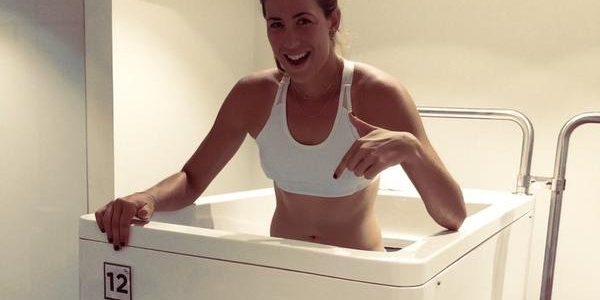 The answer depends on the stage of training and the main objective of that training.

Are you in the pre-competition phase of training and the main objective is to build power? Then there is research [Jonathan Leeder & Marco Cardinale support this view, for example] indicating that restricting CWI during this phase increases the adaptation effect. This means, your muscles will adapt to the increased workload faster if the body is allowed to contend with the inflammation and micro-tears naturally without the intervention of CWI.

Are you are tapering the workload toward an upcoming competitive event? Or are you in the competitive part of the season? Then the main focus shifts to recovery and minimizing fatigue rather than power building. And in these circumstances research indicates CWI will be beneficial.

The key word here is FATIGUE.

Fatigue is the main precursor of injury and is also a major performance inhibitor. Consequently, the fitness coach’s objective is to maximize fitness and minimize fatigue in order to aid performance and lower the risk of injury.

The argument is further complicated in team sports where skill, tactics and pre-planned moves need to be coached on the training pitch. In these sports the coach will want the players to be mentally alert and physically prepared to benefit fully from the coaching session, not hobbling around only partially recovered from the previous day’s training. In this instance, there may be a conflict of interest where the fitness coach is trying to maximize adaptation while the team coach wants the players recovered sufficiently to benefit fully from the training session. Therefore CWI may be restricted rather than eliminated to cater for both objectives.

So is CWI good or bad?

The answer of this ‘ice bath debate’ depends on the part of the season and the main objective of the current training regime. In the competitive phase of the season, CWI will help minimize fatigue and aid recovery thereby improving performance and lowering the risk of injury. In the pre-season or power-building phase of training CWI may adversely affect the adaptive response.

So it is the appropriate use of cold water immersion (CWI) that is the key.

The CET CryoSpa Story
19th September 2017
Go to Top
This website uses cookies to ensure you get the best experience. By continuing to visit this website you agree to our use of cookies.OkNoPrivacy policy